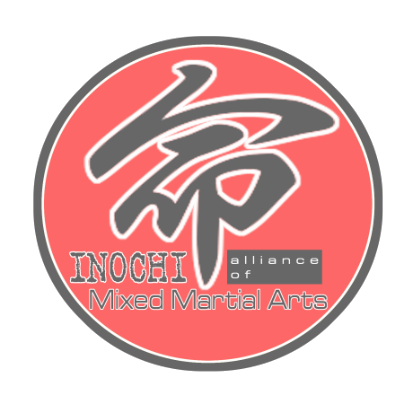 Inochi Alliance of Mixed Martial Arts (IMMA) is dedicated to DEVELOPING WHOLE AND HEALTHY INDIVIDUALS by providing a place where one can learn martial arts, have fun in the experience, make a commitment to that training and to use the knowledge as a stepping stone to an improved self, family, community and/or career; developing a lifestyle enjoying the lifelong benefits of Martial Arts. We believe that in order to have a successful life you must LIVE LIFE on PURPOSE and NEVER QUIT!

Our Lil Dragons program is for children 4-6 years old. They learn amazing skills for self-defense and life all at the same time.

Our Inochi Kids program is a life changing, special experience for children ages 7 – 12 years old. Give them a sense of belonging and obligation to do what is right.

Learn to fight, defend yourself, and grow as an individual in ways that you never thought possible. 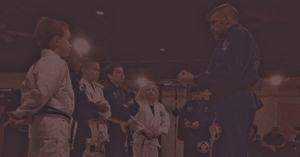 Inonchi Mixed Martial Arts (IMMA) is an institution dedicated to make a positive difference and impact in our community. Martial Arts is more than just possessing the ability to harm another individual, it is a way of life, thus our name, INOCHI, literally translates to “Life” or “Lifestyle.” That life is to be a life that is complete, thus being a benefit to others.

IMMA is founded on the philosophy that the only way you can be a service to others is to be in a position of strength founded on becoming a whole person. That philosophy is applied in the way we train, the way we carry ourselves, how we defend ourselves and overall how we live our lives. Here at IMMA you will find an atmosphere that is fun, friendly, and family-centered where egos are set aside and the never-ending quest to learn is always in the forefront.

Take a step in a positive direction and try a week of classes. 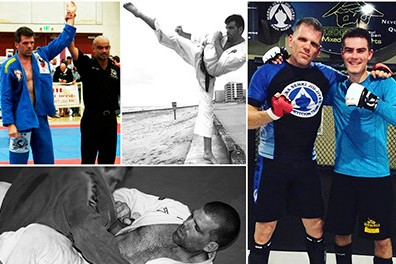 Inochi’s founder, Paul Haben began his studies in martial arts in 1988, receiving his Shodan Ranking in Jukido in 1995 and later his Yodan Ranking in Jukido in 2015. He also earned his Black Belt Ranking in Brazilian Jiu-Jitsu after 9 years of training in 2015, certified by the IBJJF and is currently a 1st Degree Black Belt in Brazilian Jiu-Jitsu, having received his promotion in 2018.  Having studied in Judo for 25 plus years, Mr. Haben holds a Nidan rank in Judo, is a certified coach with USJA and was Ranked #2 in the Nation in M5 -81Kg by USA Judo for the year of 2018.  Mr. Haben is the also a Bronze Certified Coach with USA Wrestling and serves as the Head Wrestling Coach for Gloria Deo Academy in Spring Branch, TX.

Mr. Haben continues to pursue the foundational principle of integration, continued learning and refinement in Martial Arts for maximum effectiveness.

Mr. Haben’s still continues to train under his instructors:

We believe in honoring the traditions of the arts and allowing those traditions to temper the individual but not limit the individual.  With that in mind, Mr. Haben has and still continues to train in a variety of other combat systems incorporating the effective and applicable technique into the Inochi system.  Inochi is not unique in its concept however it is unique in its implementation. Every class is a fresh look at continuing to advance in each student’s technique, character, effectiveness, self-control, composure, self-discipline, confidence and many, many more attributes that lead to success in martial arts yes, but more importantly in life.

Mr. Haben is also an ordained minister serving with Pastor Rick Hawkins since 1992. Mr. Haben and his family reside in Bulverde, TX where they also direct Outward Ministries with the mission of empowering families and individuals to discover and walk in their purpose, bringing change to a community. 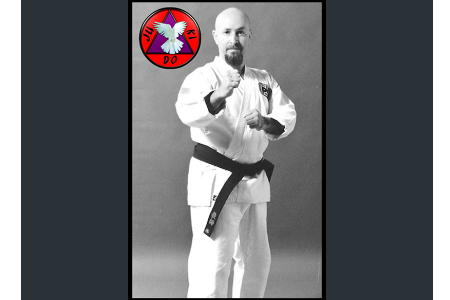 Paul Haben’s instructor in Jukido since 1988 is Kyoshi Ivan Ujueta.  Kyoshi Ujueta is also Mr. Haben’s Father-in-law and is the founder of Jukido.  Jukido is a blended system of Martial Arts with Judo, Jujitsu, Kyokushinkai Karate and Wing Chun as its core.  Kyoshi Ujueta’s study in the martial arts spans over 45 years.  His Martial Arts journey began at the age of 13, training in Judo at the New York Dojo Institute in New York City.

While in Manhattan, New York, Kyoshi Ujueta was introduced to a system of martial arts called Nisei Goju Karate, founded by the late Master Frank Ruiz.  Kyoshi Ujueta learned the art of Nisei Goju, a hybrid of five styles of martial arts, Under the tutelage of Sensei Rick Diaz, Soke Chaka Zulu who received his 10th Dan ranking from the late Master Peter Urban and Sensei Ron Van Clief.

After receiving his Shodan ranking in Judo and Nisei Goju, at the age of 18, he moved to California where he dedicated himself to learning the art of Kyokushinkai Karate founded by the late Master Masutatsu Oyama.  Upon receiving his Shodan ranking in Kyokushinkai, Kyoshi Ujueta continued his training living as a Zen Buddhist monk for almost 11 years, studying and instructing in Kempo Karate, Tae Kwon Do, Tang Soo Do, T’ai-Chi Ch’uan, Shaolin Kung Fu and Wing Chun.

Kyoshi Ujueta converted to Christianity in 1984 and upon doing so felt convicted to leave Martial Arts behind.  To make his separation from Martial Arts and his commitment to Christ complete he made the decision to make a demonstrative commitment.  Packing all of the material, certifications, awards, etc. that he had accumulated over the past almost 20 years, Kyoshi dug a pit, incinerated all of it and buried it.

After this monumental moment in his life Kyoshi Ujueta, with a renewed insight to Martial Arts founded Jukido in 1988 with Christ being the foundation of this system, allowing people the opportunity to learn how to benefit themselves and others and positively develop their integrity and character by living the Gentle Powerful Way of Jukido. 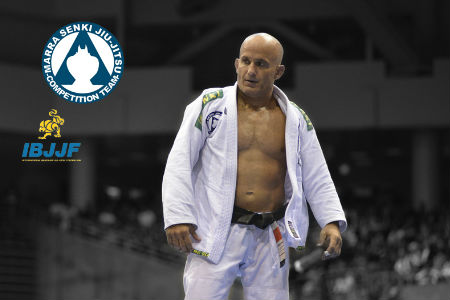 Paul Haben’s instructor in Brazilian Jiu Jitsu since he began as a while belt is the Head Instructor and Founder of Marra Senki Brazilian Jiu-Jitsu Competition Team. Professor Luiz Sergio Corrêa, from Brazil, has been practicing Jiu-Jitsu for over 30 years with over 20 years as a Black Belt.  Currently a 5th degree Black Belt, Professor Marra recieved his Black Belt from Master Paulo Strauch, a Red Belt and former instructor from the Reilson Gracie Academy.

Professor Marra is also one of the few Black Belts to hold a Professor diploma that is signed by Carlos Gracie Junior, Robson Gracie, Osvaldo Alves and Master Mansour. Professor Marra is a former member of Brazilian Top Team and was an instructor to H.E. Sheikh Tahnoon Bin Zayed (founder of the Abu Dhabi World Championships). 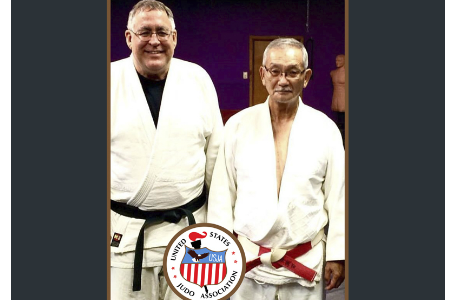 Paul Haben’s Judo Instructor since 2009 is Sensei Robert G. McCormick. Sensei McCormick graduated from Southwestern Oklahoma State University with a Master’s Degree in Education. Sensei McCormick is dedicated to educating the next generation and served as a math and science teacher and a football and track coach in Oklahoma City. He also served his country in the USAF as an operation room specialist from 1973 – 1979. 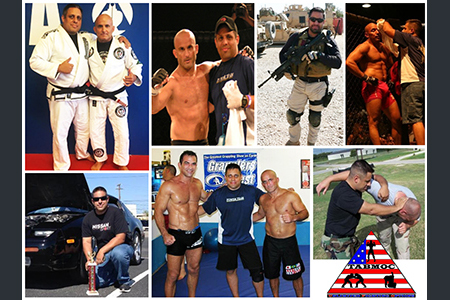 Coach James Walker has been a training partner with Paul Haben since 2006 and along with Mr. Haben oversees Inochi’s MMA Program through Team TABMOC. Coach James is the originator of Team Tabmoc/Unlimited Fighting Options and has been involved with martial arts for over 40 years and taught for the last 25.

Coach James holds 3 Black Belt ranks; one in Shinpuren Kempo, another in Japanese Butokukan and a third in Brazilian Jiu-Jitsu under Professor Luiz Sergio ‘Marra’ Correa and Marra Senki Competition Team and has studied extensively in Tae Kwon Do, Aikido, JKD Concepts, Sambo and Muay Thai.

Coach James is also certified as an ISR Tier 1 Instructor, Krav Maga Advanced/LEO Instructor, Former Tony Blauer’s S.P.E.A.R. Instructor, and ASP Baton Instructor. When Coach James is not on the mats at Inochi he is occupied with serving his country in multiple roles and has also served as a Defensive Tactics/Firearms Instructor and Protective Service Specialist in the military. 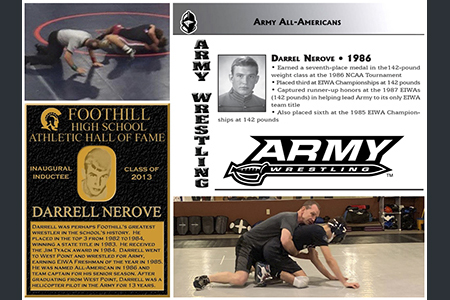 Darrel Nerove has been a wrestling coach with over 15 years of experience. Coaching youth wrestling at the club level (ages 5-18), coaching high school teams, and coaching individual skill sessions, Coach Darrel believes in developing the person as an individual who is confident, courteous, respectful, and honest and in turn apply those traits as athletes. With that foundation, they can then develop their individual styles towards success.

Coach Darrel has been a wrestling official for over 20 years in Alaska, Virginia, and Texas. As a wrestler, Darrel was a Junior State Champion, Western Regional Champion, and National Champion; he was a California State High School Champion; and he was a Division 1 All-American in college, while attending West Point. Darrel resides in the Texas Hill Country, served as State Board Representative for the UIL Texas Wrestling Officials Association and enjoys his time with his wife Kelly and children (Megan, Eddie, Calvin and Grant). 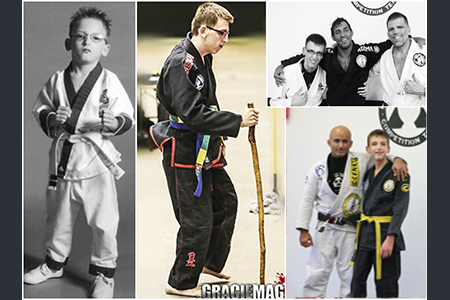 Josiah is a Blue Belt at IMMA. Born premature and then growing up with Cerebral Palsy, Josiah has had the unique experience of incorporating Martial Arts into his lifestyle and adapting techniques to his unique and individual self. Having been born into a Martial Arts family Josiah was raised in the arts as a 3rd generation martial artist. His foundation and knowledge of techniques and principles make him an excellent teacher especially adhering to the concept of maximizing individual potential.

Josiah has a unique ability to connect at an individual level and excels as one of our primary Assistant Instructors in our Inochi Lil’ Dragons and Kids programs.

Josiah is in his Senior year at Dallas Baptist University and is in the process of obtaining his Bachelors in Theology with an emphasis in Biblical Studies.  Josiah is also a professional musician, writer, author and plans on entering into full time ministry upon graduation.  Don’t worry, he still plans on being one of our main Assistant Instructors as well! 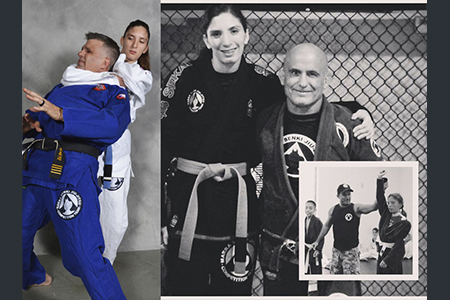 Being the daughter of the school owner can have its pros and cons. Avalon has dealt with them all with the grace that only comes from a resilient foundation. Avalon is an accomplished musician and is a member of the elite group of musicians in the United States Marine Corps Band. As a Marine, Avalon knows what is required to be able to muster up the tenacity and fortitude necessary to persevere in most any situation.

In Martial Arts, Avalon has been training since the age of 5 and is currently a Blue Belt at IMMA. Although Avalon is away serving our country in the USMC, she has been one of our key coaches for our kids.  When Avalon is home she serves as an Assistant Instructor and sets a great standard of excellence for our IMMA future generations to follow. 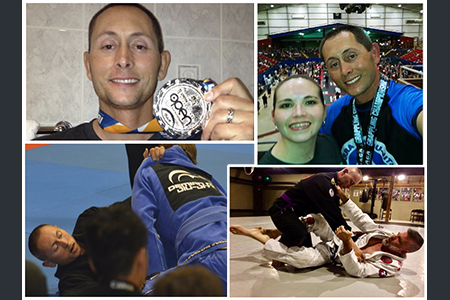 James is one of IMMA’s founding members and recently received his Purple Belt in December of 2016.  He began his journey in Martial Arts in 2010 and fully understands and advances the vision of IMMA to develop whole and healthy individuals who live life on purpose and never quit.  James’ experience in management in the service industry gives him a distinct advantage in relating and connecting with people.

James has dedicated himself through consistent training and through this dedication has established a solid foundation in the arts and strives to impart this knowledge and culture to the next generation here at IMMA.

James is a TX Hill Country native and Graduated from John Jay High School  in 1997 and went on to receive his Associates in Applied Science for Collision Refinishing from St. Phillips College in 2010.  James is a devoted husband to his wife Heather and father to his 2 children Siobhan and Declan. 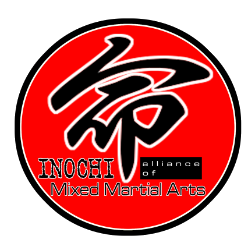 “Martial Arts and so much more, Paul Haben is a great leader for kiddos – way to go Paul!!!”

“The atmosphere and the instructors are fantastic. I would and do recommend Inochi MMA to everyone.”

HMA wants to send out a huge congratulation to Erin [...]

April brought the exciting opportunity for Mr. Haben to travel [...]

The best way to learn is to do, so try us for a week!